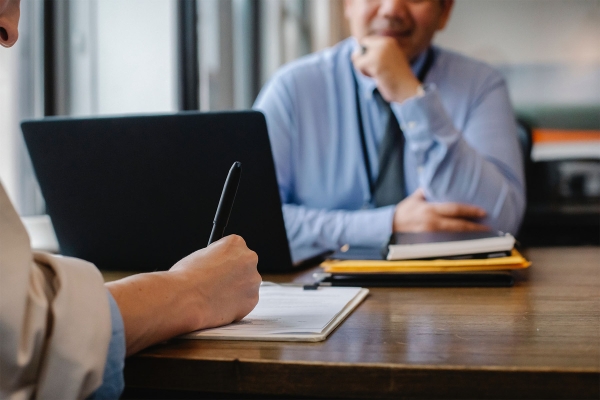 On December 3, 2020, the Securities and Exchange Commission adopted new rule 17 CFR 270.2a-5 (“rule 2a-5”) under the Investment Company Act of 1940 that addresses valuation practices and the role of the board of directors with respect to the fair value of the investments of a registered investment company or business development company. The rule provides requirements for determining fair value in good faith with respect to a fund for purposes of section 2(a)(41) of the Act.

The rule codified the common practice of designating the determination of fair value to a fund’s adviser (valuation designee) but requires boards to take specific steps to oversee the designee’s determination of fair value. The rule establishes a framework to help boards consistently oversee this process. The rule, for the first time, defines what the 1940 Act means when it refers to “readily available market quotations.”

Rule 2a-5 provides that a market quotation is readily available for purposes of section 2(a)(41) of the Investment Company Act with respect to a security only when that quotation is a quoted price (unadjusted) in active markets for identical investments that the fund can access at the measurement date, provided that a quotation will not be readily available if it is not reliable. Fair value, as defined in the Act and further defined in rule 2a-5, therefore must be used in all other circumstances.

The SEC believes that for a fair value methodology to be appropriate under the rule, it must be determined in accordance with U.S. GAAP which requires funds to maximize the use of relevant observable inputs and minimize the use of unobservable inputs. However, under U.S. GAAP there are circumstances where otherwise relevant observable inputs become unreliable. Consistent with this, a quote would be considered unreliable under rule 2a-5(c) in the same circumstances where it would require adjustment under U.S. GAAP or where U.S. GAAP would require consideration of additional inputs in determining the value of the security.

The rule provides requirements for determining fair value in good faith by the board of directors and management including:
• Periodically assessing and managing material risks associated with fair value
determinations, including material conflicts of interest;
• Establishing, applying, and testing fair value methodologies; and
• Overseeing and evaluating any pricing services used;

The rule is “designed to provide boards, valuation designees, and other parties involved with a consistent approach to the allocation of fair value functions that recognizes the important role that valuation designees can play in the fair value process, while also preserving a crucial role for boards to fulfill their obligations under section 2(a)(41) of the Act.” This designation would be subject to the following additional requirements:
• Board oversight of the valuation designee, including periodic and prompt reporting to the board addressing specified matters; and
• Specification of responsibilities and reasonable segregation (from portfolio management) of duties among the designee’s personnel;

In a change from the proposed rule, rather than requiring the maintenance of specific records as part of Rule 2a-5, the SEC opted instead to adopt a separate rule – Rule 31a-4 – to contain recordkeeping requirements associated with Rule 2a-5. Rule 31a-4 will require, substantially as proposed as part of rule 2a-5, funds or their advisers to maintain appropriate documentation to support fair value determinations. In addition, rule 31a-4 provides that, in cases where the board has designated the performance of fair value determinations to a valuation designee, the reports and other information provided to the board must include a specified list of the investments or investment types for which the valuation designee has been designated. By moving the recordkeeping requirements to a separate rule, the SEC addressed concerns that a recordkeeping failure alone could be deemed a failure to determine fair value in good faith.

Rescission of Prior SEC Guidance

With this more modernized valuation approach, the SEC also rescinded two releases, Accounting Series Release 113 and Accounting Series Release 118, which were published in October 1969 and December 1970, respectively, and represent the most recent comprehensive guidance provided by the SEC on how to determine fair value for restricted securities. In addition, certain staff letters and other staff guidance addressing fund valuation matters will be rescinded or withdrawn.

Rule 2a-5 is effective March 8, 2021. The SEC adopted an 18-month transition period beginning from the effective date for both Rule 2a-5 and the associated new recordkeeping requirements to provide time for funds and their valuation designees to come into compliance with the rule. Accordingly, the compliance date is September 8, 2022. Rescissions of all relevant SEC and staff guidance also would occur at that time.